As appeared in the Journal of the Canadian Dental Association

The 5-part series, Unconventional Dentistry, by Dr. Burton Goldstein 1-5 that began in the June 2000 issue of the JCDA is specious at best as his arguments are based on a flawed understanding of complementary modalities, their development and application.The term complementary dentistry (CD) is preferable and more logical than “unconventional dentistry,” because CD meshes very well with conventional clinical practice.

Dr. Goldstein does not describe the philosophy of CD or what he terms “unconventional dentistry,” and so has left the unbiased reader unequipped to compare the traditional and CD systems fairly. Understanding the philosophy behind any health system is important because this determines the direction and the methods of treatment. Thus, denigrating CD without proper insight into its philosophy is unjust. It is easy to arrive at predetermined conclusions by selectively choosing evidence that supports and promotes preconceived notions. This is what Dr. Goldstein has done.

Dr. Goldstein says that traditional dentistry and medicine are science-based. However, he does not define science per se, but rather the scientific method. 1 How does this comment stand up to the 1991 article in the British Medical journal6 which states that “only about 15% of medical interventions are supported by a solid scientific evidence? .. This is partly because only 1 % of the articles in medical journals are scientifically sound and partly because many treatments have never been assessed at all.”

In the May 2000 issue of the JCDA, Dr. Sutherland7 writes about the need for “evidence-based care …. It represents a philosophical shift in the approach to practice – a shift that emphasizes evidence over opinion and, at the same time, judgment over blind adherence to rules.”

To claim that a treatment is illogical or that it defies science4 implies that science, at present, completely understands how nature works. Because a treatment does not follow established practice does not make it wrong. Such an approach emphasizes a lack of understanding of scientific principles and demonstrates that other phenomena have been ignored altogether.

Research exists to expand our understanding of phenomena. Dr. Goldstein states that homeopathy4 violates a basic law of chemistry, while, in the next paragraph, he quotes research8 (involving a meta-analysis of 89 placebo controlled trials) which states that the clinical effects of homeopathy cannot be accounted for by placebo. Why not simply say that something new is happening here that needs further investigation. To call it irrational health care is extremely counterproductive.

Considering the above, in Dr. Goldstein’s opinion does the existence of licensure really demonstrate adequate scientific training and practice? Does the lack of licensure necessarily demonstrate a lack of such training? Is it not prejudicial and unscientific to call someone who practises complementary methods a charlatan (within every profession there are unethical individuals) if one knows nothing about complementary practices? For example, how often have we questioned an idea before finally understanding it? One does not necessarily have to adopt a new treatment method, but simply acknowledge that there are different ways of healing.

Many traditional physicians have discovered the worth of complementary therapies after investing much time and effort. Often using themselves as guinea pigs, they observed phenomena that led them to develop new approaches to treating their patients. They found these therapies to be safe and effective for treatment or prevention.

The article 1 states that promoters of CD and complementary medicine (CM) deny the need for scientific testing. A reading of the classic literature on homeopathy, craniosacral therapy or acupuncture, for example, elucidates the painstaking research carried out during their evolution.9,10 Still, more research is needed to define application. However, I see no need for double-blind studies to discover the existence of a pulse, a heartbeat or cranial bone movement.

For example, science cannot explain why gravity exists. We know it exists because we experience it. We hold someone’s wrist or listen to someone’s chest and we detect a heartbeat. If the so-called skeptics were to spend some time alongside a practitioner who uses complementary modalities, they would experience first-hand phenomena and see the health benefits that “modern science” chooses to ignore. This is due to bias, laziness and apathy. It is far easier to do what one’s colleagues are doing and have their support than leave that comfort zone and delve into the unknown.

Despite this attitude, more and more patients are seeking out the help they are not getting from traditional care. Part II of Unconventional Dentistry states, “Because the general public lacks scientific training and knowledge, they must trust health care professionals.”2 Today’s patients are knowledgeable consumers. They take control of their health and expect intelligent answers to their questions so they can make informed choices. Paternalism no longer works.

Also in Part II the remark, “Explaining why people believe in something that is unscientific, illogical or weird is not easy,”2 is insulting and inflammatory. Such a statement has no place in a peer-reviewed, scientific journal. To plead ignorance of a system radically different from one’s own and, therefore, to be suspicious of its authenticity is one thing. However, to dismiss these modalities blatantly, as well as the millions of practitioners and patients who use them, is another. Nowhere does the author state that he has pursued studies in any area of CD or CM. Dr. Goldstein also writes in Part II that ”Although science cannot be denied it can be ignored.” It works both ways.

CM and CD use drugs whose effects have proved beneficial, but how these effects are achieved remains unknown. Still, this does not preclude their widespread use. Should society wait for science to try to explain this? In real life, science often never answers why (at least not yet) and only sometimes how. The laws of physics can often explain how to apply a formula to an event, but cannot explain why the event takes place. Although unconventional practices have proved very effective in treating infants and animals where the placebo effect does not apply, the establishment has shown virtually no interest in investigating this. It is important to note that basic scientific research is the foundation for the advancement of both CM and CD.

The double-blind model of clinical trials (designed for the treatment of populations) is not applicable in all situations. If a different approach to treatment is used (treatment of the individual) using the CD and CM model, it is necessary to design a variation to the testing process to accommodate this different philosophy. As well, many complementary modalities involve hands-on treatment where it would be impossible to use even the single-blind method, as the practitioner must be properly versed in the application of the treatment and the condition being treated.

Researchers in any medical field, conventional or complementary, should have a certain level of expertise in that field. With the appropriate knowledge, a critical mind can conduct proper research. As well, the existing literature should be carefully evaluated as some of it was created by people with inadequate training. We must also question the qualifications of the peer-review body that evaluates unconventional treatments when very few within medicine or dentistry have any knowledge of the various complementary specialties.

All practitioners of complementary treatments have their own organizations and publications where they turn to increase the scope of their knowledge. Conventional practitioners seldom turn to these sources for information. “New techniques” thought to be “scientifically based” are not easily accepted by “professionals.” For example, how many women continued to die after childbirth, even as Dr. Lister urged doctors to wash their hands and observe proper hygiene, before the medical profession changed its ways? As Goethe said, “You see only what you know.”

Conventional and complementary health systems are different, but they truly complement one another when the beneficial modalities of each are properly followed and their limitations realized. I urge the profession to open its collective eyes and realize that other health care modalities, properly used by competent practitioners, can only benefit everyone.

The views expressed are those of the author and do not necessarily reflect the opinions or official policies of the Canadian Dental Association. 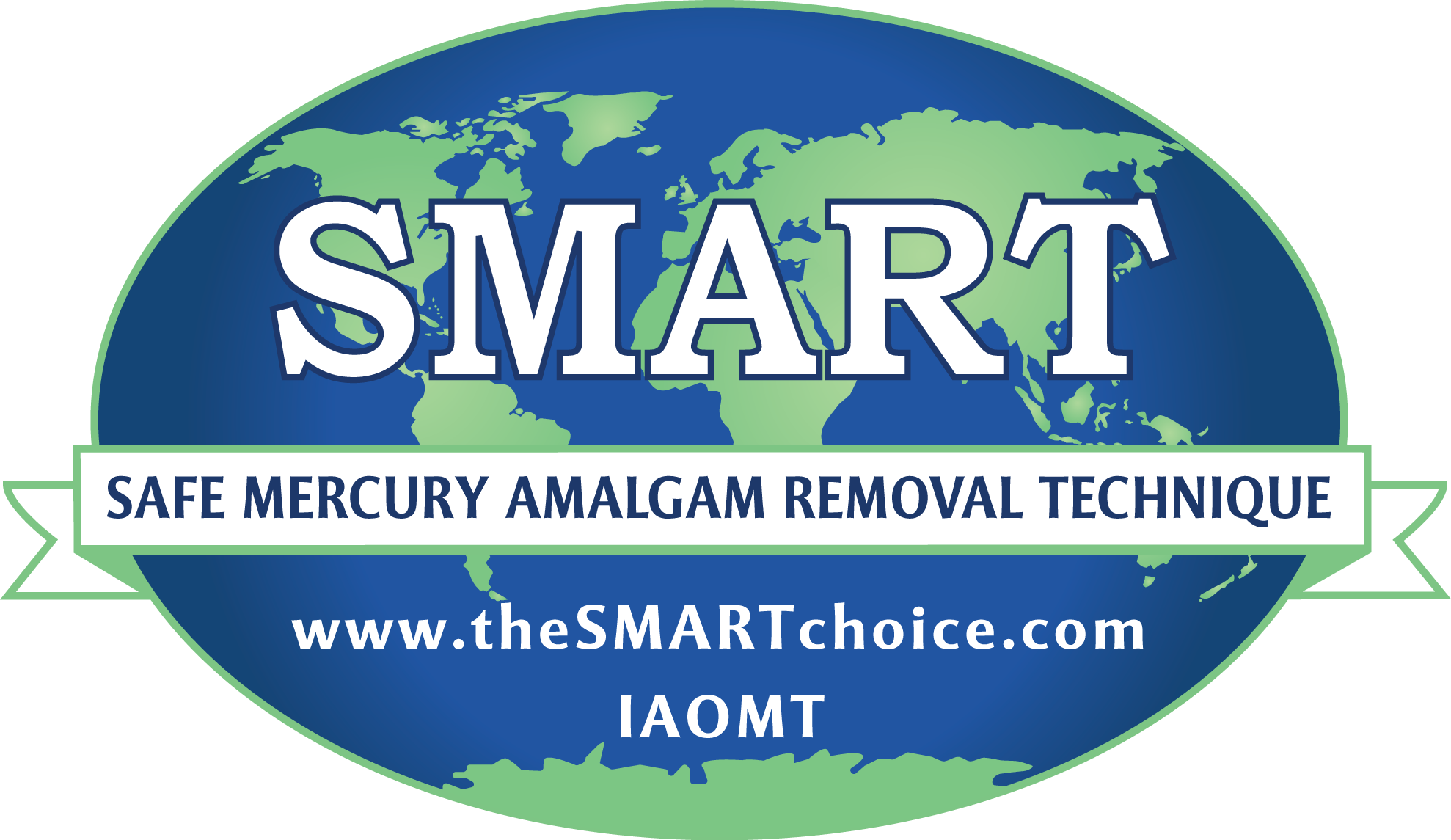